New system of targets in the UK: a step backwards for dentistry?Interview: Fears and worries of dental students during COVID-19 pandemicDwindling patient numbers leave UK clinics short of lockdown targetsDentist facing charge for putting pressure on employees to get COVID-19 vaccineEffect of COVID-19 on dental professionals in the UKResearchers scramble to understand new SARS-CoV-2 strainsCOVID-19 vaccination: Where does the dental profession stand?Californian dentists allowed to join COVID-19 vaccination effortResearchers develop tent to prevent spread of SARS-CoV-2 in dental settingsCOVID-19 causes major delays in paediatric dental care in Australia
Visit microsite
home / who’s who 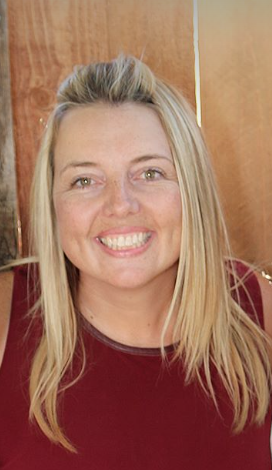 Sierra Rendon has been a print journalist since the age of 15. She began working at The Salinas Californian, a Gannett paper, in a section written by teenagers, for teenagers. She continued to work at the central California coast newspaper through her high school and college years, and by the age of 21, had progressed to Sports Copy Editor. Her last position at The Californian was Features Page Editor, which was a goal she’d set for herself when she first began working at the paper in high school. After 15 years at The Californian, she was hired at the Dental Tribune in 2006. Since its inception, she has been the Implant Tribune Managing Editor, a monthly newspaper focused on the dental implant industry. She is also currently the editor of Implants, a C.E. magazine, the Ortho Tribune and Ortho magazine. She resides in Northern California with her husband and their two children.

BIOLASE Inc., a company that is recognized as a global leader in dental lasers, announced that it completed its leadership council meeting of the Waterlase Endo Academy on Nov. 14, forming an exclusive community of leading endodontists, dedicated to improving patient outcomes and profitability with new technology, according to a press release.

Jim Glidewell was hospitalized for 12 days recently with COVID-19, and he recounted his experience in Chairside Magazine. “The intubation left me depressed, and the drugs administered left me confused,” the founder and CEO of Glidewell Laboratories wrote in an article titled “My Personal Battle With COVID-19.”

The American Association of Endodontists (AAE) is telling governors and state health officials that endodontists, who are essential emergency health care providers, should receive N95 masks and other personal protective equipment (PPE).