Ratchford has led the Hinman Dental Meeting and Hinman Dental Society since 1996. Annette Sullivan has been named incoming executive director. Under Ratchford’s leadership and during her tenure, Hinman has achieved many accomplishments, including the following:

“For the past 24 years, Sylvia has been the lifeblood of Hinman and has played a very critical role in making Hinman the success it is today. She has been a tremendous leader who has been instrumental in growing Hinman and maintaining its position as the premiere dental meeting in the country,” said Dr. L. Maxwell Ferguson, chair of the Hinman Board of Trustees. “We are sad to see her retire but greatly appreciate her many contributions over the years, including the capable team she has developed.”

“The past 24 years have been a blessing for me both professionally and personally,” Ratchford said. “My hope is that the many relationships I’ve formed with colleagues and friends, as a result of Hinman and my career in Atlanta, will be lifelong. 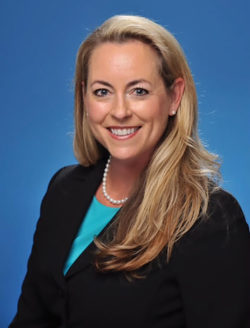 Native Atlantan Annette Sullivan began working full-time last year with the goal of transitioning many of Ratchford’s duties. Sullivan brings more than 20 years of experience in the hospitality and meeting planning industry.

Her most recent position was with the Georgia World Congress Center, where she was a member of the national convention sales team.

NEW YORK, N.Y., USA: There were smiles all around Wednesday morning, Feb. 5, for the opening of Nasdaq. To help mark the 18th anniversary of Give Kids A Smile, Stanley …

CHICAGO, Ill., USA: Gen. Colin L. Powell delivered the keynote address to a standing-room-only audience Oct. 10 at the 100th meeting of the American Association of Oral and Maxillofacial Surgeons.

AAOMS is waiting for you

The 2020 Virtual AAOMS Annual Meeting, running from now through Oct. 10, is taking place online this year because of the COVID-19 pandemic. The meeting combines the educational content of the association’s 102nd Annual Meeting, Scientific Sessions and Exhibition, originally scheduled for this month, and annual Dental Implant Conference, originally scheduled for December, into one.

BAKERSFIELD, Calif., USA: For Dr. Don Montano and Dr. Robert Relle, an orthodontist and a maxillofacial surgeon, respectively, creating smiles is more than a career, it is their passion and their calling. They know first-hand that crooked teeth are the No. 1 target for bullies and can scar a child for life.

SALT LAKE CITY, Utah, USA: Dr. Ole T. Jensen, an oral surgeon and businessman, recently announced the launch of a new dental implant company, Ditron Dental, as well as the establishment of the Ole and Marty Jensen Endowed Chair at the University of Utah School of Dentistry.