New EFP president on COVID-19: “Remain positive and safe”Dentists on coronavirus reality around the globe: Dr. Irineu Gregnanin Pedron from BrazilTwo-thirds of US dental offices now closed, Baird survey showsDentists on coronavirus reality around the globe: Dr Miguel Stanley from PortugalUS dentists called on for urgent assistanceDentists across Europe face business challenges in times of COVID-19This is how SARS-CoV-2 is affecting dental businesses in SwitzerlandBaird tracks historic fall in dental demandEasing financial burden of COVID-19 pandemic for dental practices in UKEight ways to keep your dental practice safer during COVID-19 crisis
Visit microsite

CHICAGO, Ill., USA: Robert J. Genco, DDS, PhD, a pioneer in periodontal research and a leader in the broad recognition of the perio-systemic link, died on March 6, 2019, at the age of 80.

Genco earned his dental degree from The State University of New York (SUNY) Buffalo School of Dental Medicine in 1963. He went on to simultaneously pursue both specialized periodontal training and immunology at the University of Pennsylvania, where he was mentored by periodontist D. Walter Cohen, DDS, and immunologist Fred Karush, PhD. Genco received his certificate in periodontics and doctorate in microbiology and immunology in 1967. 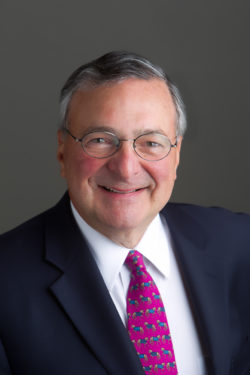 Robert J. Genco, DDS, PhD, a pioneer in periodontal research and a leader in the broad recognition of the perio-systemic link, died on March 6, 2019, at the age of 80. (Photo: Lanmark360)

As a result of this educational background, Genco would go on to become an internationally recognized expert in oral biology. He was one of the first researchers to connect periodontal disease with other diseases (such as heart disease and diabetes), and his more than 370 scientific papers are regarded as some of the most important work establishing a link between periodontal health and systemic health.

Genco was also a seasoned educator, serving as chairman of the University at Buffalo Oral Biology Department for 25 years and being named distinguished professor of oral biology, microbiology and immunology, in 1994. Genco’s contributions to the specialty of periodontology have been significant. For more than 18 years, he served as editor-in-chief of the AAP’s Journal of Periodontology (JOP). In addition, he served on many AAP committees and supported several AAP initiatives, most notably its efforts with the Centers for Disease Control and Prevention (CDC) to establish a mechanism to measure the prevalence of periodontal disease in the US adult population.

Current JOP Editor-in-Chief Kenneth Kornman, DDS, PhD, believes that Genco’s legacy will continue to inspire future generations of periodontists. “There are few periodontists who have impacted dentistry like Bob Genco,” Kornman said. “His significant and numerous contributions to periodontal science have paved the way for even more groundbreaking research that may positively affect the overall health of millions.”

“The ADA and the entire profession of dentistry lost a giant in Bob Genco,” said ADA Executive Director Kathleen T. O’Loughlin, DMD, MPH. “Bob had a tremendous impact on patient care and the dental research community, and he supported the ADA Council on Scientific Affairs through many years of contributions through his research. He was a man of integrity and a brilliant scholar, and he will be greatly missed.”

CHICAGO, U.S,: The Chicago Dental Society held its 2019 Midwinter Meeting from Feb. 21 to 23 at McCormick Place West. The event featured more than 600 exhibiting companies and numerous …

BOSTON, Mass., USA: The 2019 edition of the Yankee Dental Congress was held Jan. 31 to Feb. 2 at the Boston Convention & Exhibition Center. Hundreds of courses were offered, …

CHICAGO, Ill., USA: The American Academy of Pediatric Dentistry board of trustees has canceled the AAPD 2020 Annual Session that had been scheduled for May 21–24 in Nashville, Tenn.

CHICAGO, Ill., USA: Have you ever heard the phrase “worse than a root canal?” Chances are you have, but thanks likely to modern advancements in technology and the advanced training of root canal specialists, it turns out that cliché analogy may not ring as true as you think.

Montreal, Quebec, CANADA: Endodontic specialists from all over the world gathered at Palais des Congrès in Montreal April 10 to 13 for AAE19, annual meeting of the American Association of Endodontists. The meeting offered a wide selection of educational offerings, an exhibit hall filled with the latest products and technology and plenty of networking opportunities and social events.