The International College of Dentists (ICD) will celebrate its centennial in 2020. The ICD is the oldest and largest honor society for dentists in the world and was conceived by Dr. Louis Ottofy and Dr. Tsurukichi Okumura with the vision to start an organization of outstanding dentists to maintain professional collegiality and friendship, monitor and evaluate the progress of dentistry internationally, and disseminate such information to dentists worldwide.

Today, the ICD has 12,000 fellows in 122 affiliated countries, from a diversity of cultures and social backgrounds and with different professional experiences. It aims to recognise their outstanding contributions to the dental profession in upholding the college core values of leadership, recognition, humanitarianism, education and professional relations. On behalf of Dental Tribune Online, I had the pleasure of speaking with Dr. Dov Sydney, the international editor and director of communications, as well as the chair of the College Centennial Committee.

Dr Sydney, tell me how and why you became involved in the ICD.
It was in a manner very typical of the ICD. I had a patient who was a dentist and told me about the voluntary work he was doing for an ICD clinic for blind people. I had no idea then what the ICD was about. He told me more about the ICD and asked whether I would like to become involved in the clinic to help the patients, and based on my background and CV, said he would like to nominate me to become a fellow. That was in 1996 and I was proud to agree. I was active in the Israel District and then moved to the European Section board as regent, editor and website manager. Later, I was asked to serve on the worldwide executive of the organisation as the International Editor and Director of Communications for the ICD.

While our organisation is focused on improving access and quality of oral health, we are also a professional society of shared interests and values, so there is also the meaningful fellowship and camaraderie aspect: we meet at regional and international levels for both serious discussions and social events. This is a unique group in which there is the absence of an atmosphere of competition and the need to show how successful one is or how many papers one has published. This is uncommon in many professional associations. I feel everybody is aware of and appreciates this unique aspect of the ICD. The ICD promotes a collaborative, sharing relationship guided by the universal principle that all members are equals regardless of their national origin, culture or language.

Are all potential members nominated by fellows?
Yes, one has to be nominated by two fellows in good standing. Let’s say a candidate lives in Germany. Two members of the college would have to recommend the person to the German District committee, who,following recommendation from the credential review committee,would pass the recommendationonto the full European Section board (consisting of all 35 European member countries) for a vote on the nomination. The decision would then passed on to the ICD world headquarters for completion of the process and preparationof certificates. So, the process does take time,but that is to ensurethoroughscrutiny of requirements and documentation inherent in the peer-review procedures.

What is the basic requirement to be nominated? Are accomplishments in dentistry, humanitarian work or both required?
Nominees have to have made major contributions to dentistry in more than one of the following areas: academia/teaching, research, humanitarian programmes, leadership or service projects. In other words, they must have had a significant impact on dentistry and society.

What is your major joy, your main motivation, in being part of the ICD?
As the International Editor and Director of Communications, I see all of the reports and images of ICD events and projects that take place around the world.

I have to select the ones that will appear online and in our journal. That is why I sent you a photo of the 2015 issue of The Globe, the ICD journal. In this photo, one can truly see the kind of impact so many of our projects have on the people who are the recipients of ICD compassion and dedication. It is evident in their eyes—a palpable image of someone’s unselfishness, caring for another human being, some receiving care for the very first time in their lives.

Is dental care the main thing we should worry about in parts of the world that are so destitute?
Oral disease is usually treatable, often preventable, and yet if one has a bad toothache, one cannot function; if one loses one’s teeth, one cannot eat. In many parts of the world where nutrition is poor, without functional teeth to eat properly and digest food, overall health is affected. Furthermore, there are places in the world where dental infections are so neglected and serious that they can lead to major disease states and even death.

Another strength of the ICD is that we look at the overall impact of our projects on the community. I recall reporting on a group that went to Nepal to help children in great need of dental care. When the team arrived, they encountered unexpected problems. The community was suffering from mass diarrhoea, a major disease in the Third World. People can become extremely ill and die from not having access to clean running water. The water used to brush the children’s teeth was contaminated. The team developed a programme to bring running water into the village for toilets and sinks for toothbrushing. The rate of diarrhoea went from 75 per cent to 5 per cent. Children were able to go back to school. The adults could work. This is a good example of how ICD dental projects can have a major impact on a community and the overall health of the project site’s population.

How are ICD projects initiated?
There are many kinds of projects. Some are directly funded through the ICD’s Global Visionary Fund. Also, there are 15 sections of the college and they have their own foundations or funds to initiate their own projects. Many fellows are also involved in individual ICD projects. Soon, we will be introducing an interactive map of hundreds of projects on our website where a visitor can see educational projects, student exchange programmes, humanitarian missions and more. We currently have a major programme on antibiotic resistance owing to the fact that antibiotics today are becoming less and less effective. We work with the Centers for Disease Control and Prevention in Atlanta in the US and the World Health Organization to put on programmes teaching dentists how to deal with antibiotic resistance. We also provide programmes on sepsis and sterilisation.

2020 will mark the 100-year anniversary of the ICD. What are the changes, progress and developments you are the happiest about today?
The fact that we grew from a concept first established by a Japanese dentist and an American dentist meeting a 100 years ago endeavouring to have an international organisation to today, with the largest footprint of any dental honour society in the world, says a great deal. The integrity of the organisation throughout our 100 years in recognising those dentists who truly demonstrate having made major contributions to dentistry and society has been consistent. We are not a very well-known organisation; in fact, many dentists are unaware of the ICD. We realise that, in order to honour our motto of “recognizing service as well as the opportunity to serve” and to be true to the vision of our founding fathers, we do have to make ourselves better known in order to ensure that deserving dentists are recognised by the college.

The centennial is a watershed moment for the college and validates that the ICD core values are sustainable and worthy. The projects, the organisation and the dedication of our members to improving oral health care are only possible because our fellows deeply believe in what they are doing; had they not, the ICD would have disappeared long ago.

I remember a dentist who once told me he needed to do what he wanted and stay true to himself. Therefore, he did not want sponsors because he wanted to stay objective and not want to feel he had to promote a company or a product and in doing so lose a bit of his independence, not be able to give the message he wanted to give. In financing all these projects, your collaborations with companies, can you still stay independent and choose what is the best in keeping with the ICD’s values?

We have various levels of sponsorship. We collaborate with companies like Henry Schein, Modern Dental Group, Dentsply Sirona, Spident, Hu-Friedy and EMS, as well as organisations like the International Congress of Oral Implantologists, that provide us with their generous support.

When we take on a sponsor,it is not as an advertiser, but as a partner in a strategic alliance of shared values. That alliance has various parameters and mutualresponsibilities that create a unique symbiotic relationship between the college and our corporatesponsors.

What do you think are the major challenges facing the college today?
All major organisations in dentistry are seeking new members. Some have little or no oversight or require little, if any, performance evidence as a prerequisite to membership, unlike the ICD, whose requirements are considered of the most stringent of all recognition-based international dental honour societies. Quite frankly, some try to imitate how the ICD operates, and why not? The ICD is in the enviable and unique position of having recorded sustained membership growth for the last ten years. We have a strong and consistent contact relationship with our members by focusing on meeting fellows’ needs, staying relevant and consistently seeking out new and innovative methods to enhance our communications and connection with them.

But, with the constant bombardment of information via the Internet and e-mails, there are many challenges and media competition for our members’ attention. We are meeting those challenges with innovative communication packaging, but it’s a constant and unending endeavour.

We have already touched on the ideas of friendship and passion of ICD Fellows. What is the main ingredient of the ICD’s success to you?
Dedication and commitment to ICD core values is the common denominator; ICD Fellows are driven as individuals and as a group to improving dentistry and the life of those being underserved. One sees that everywhere we have an ICD presence.

The celebration of the 100-year anniversary is planned to be a worldwide event; every section, district and region will be holding events. Can you tell us a bit more about what we can expect before the grand finale in Nagoya in Japan in 2020?
As mentioned earlier, we have 15 sections, 70 districts and 15 regions worldwide, and they will be participating in different ways to acknowledge the 100-year anniversary. Every ICD jurisdiction will have an event during 2020 that will memorialise that special year and will lead up to the very special finale in Nagoya in November 2020. There will be a ceremony in Nagoya in which new inductees from all over the world will participate in an Olympic-style event, in addition to a gala banquet, special entertainment and many surprises! 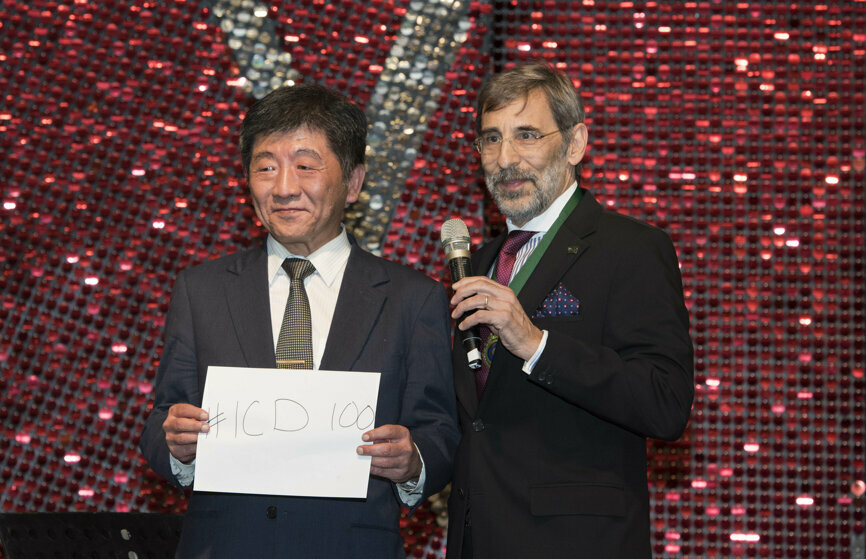 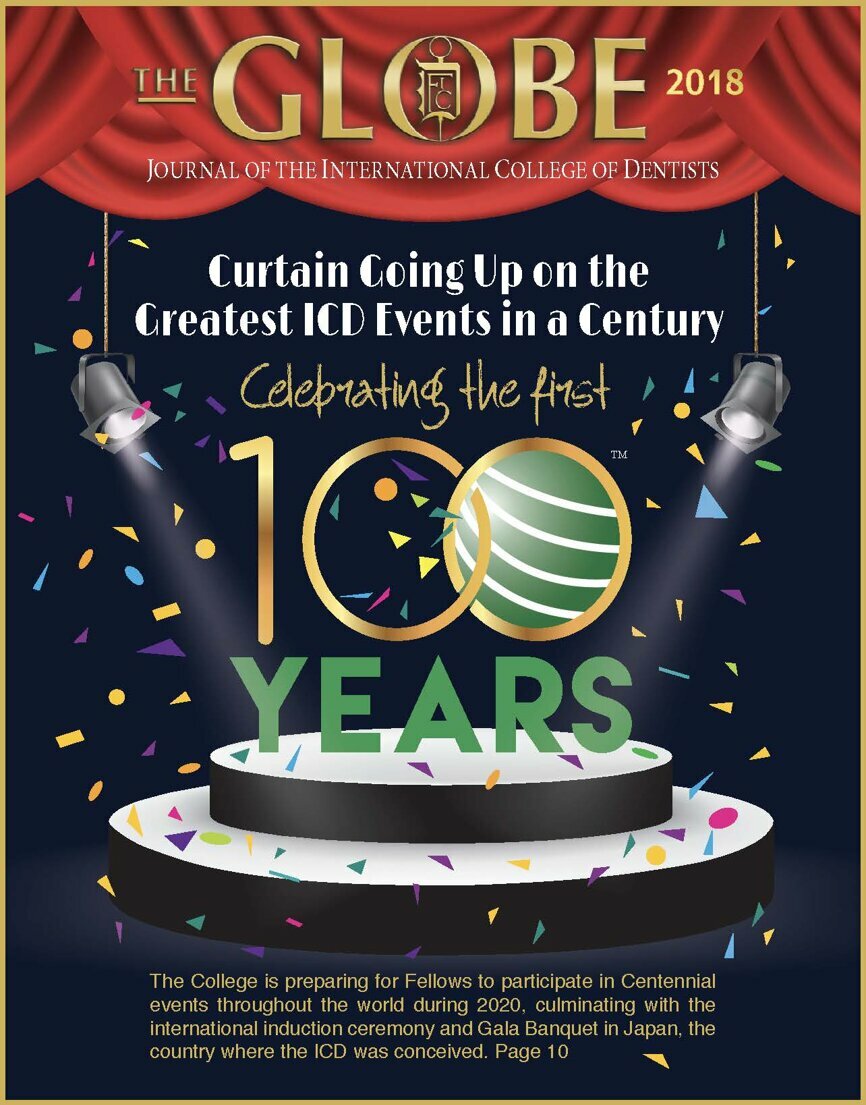 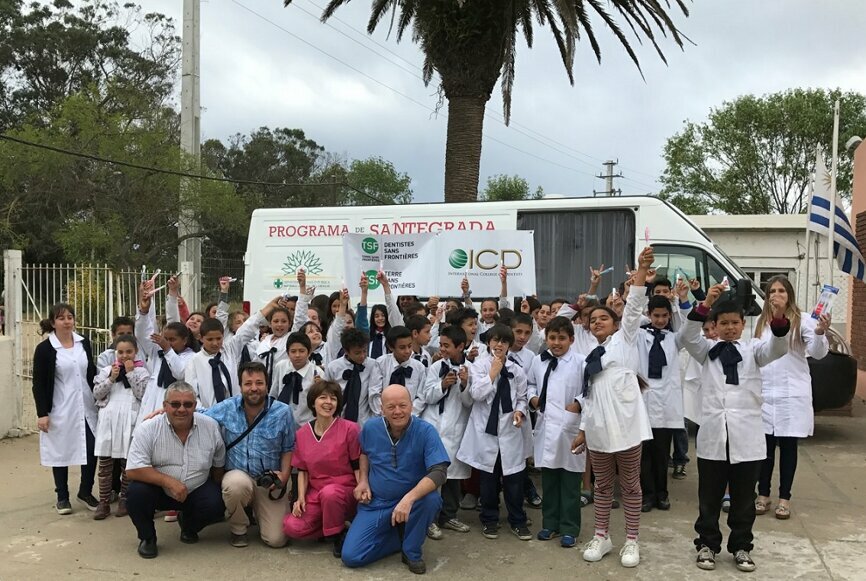 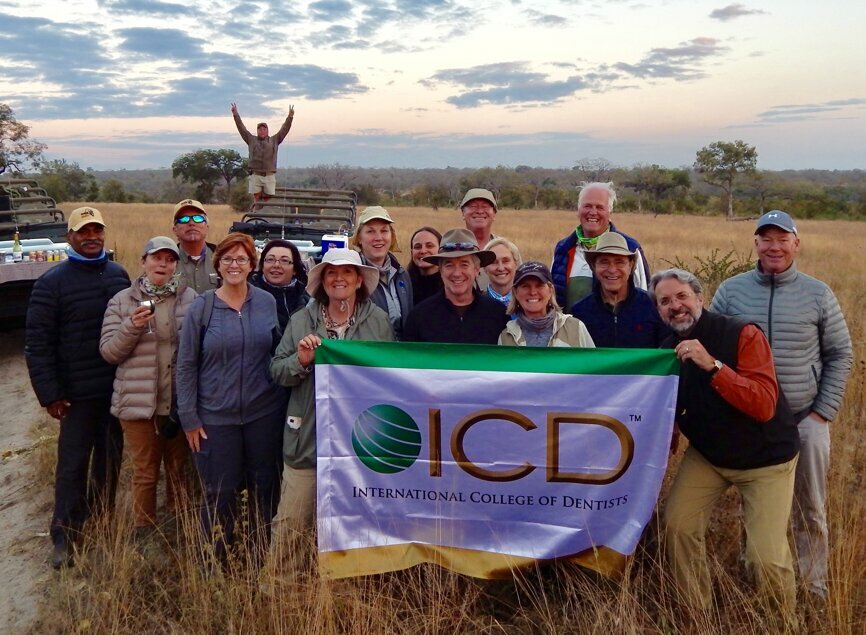 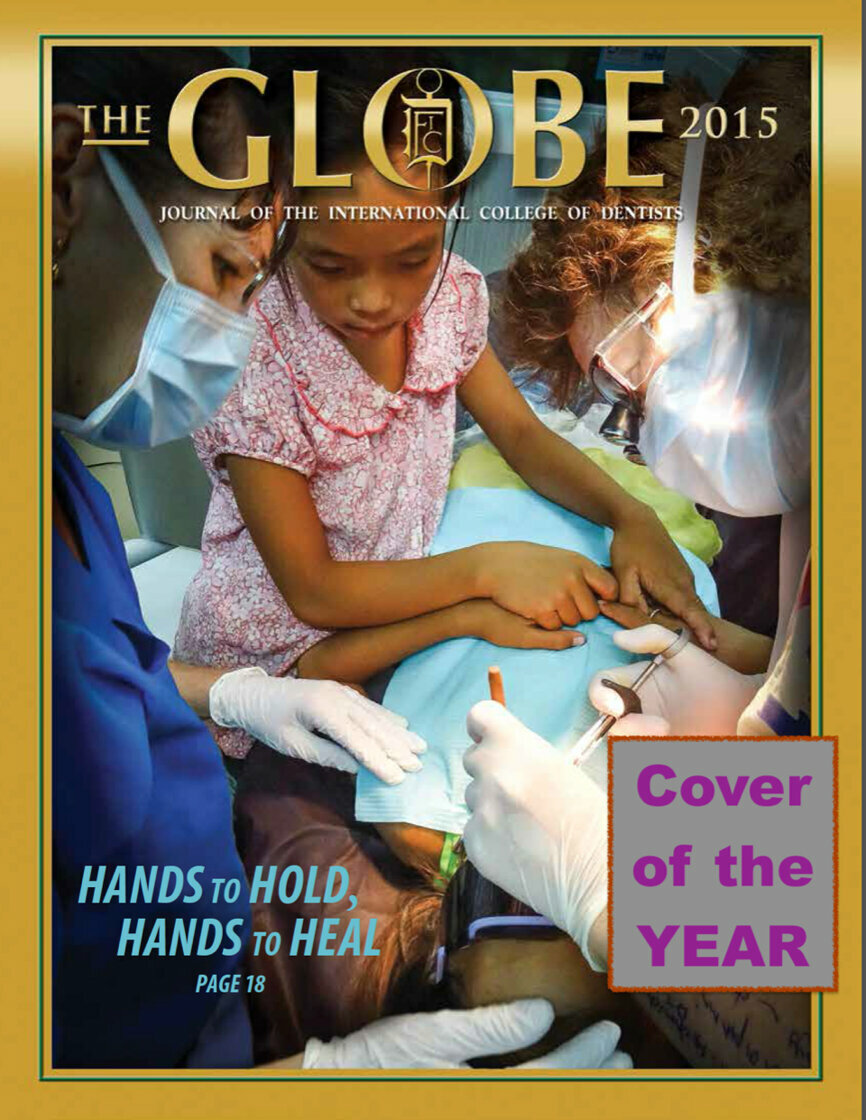 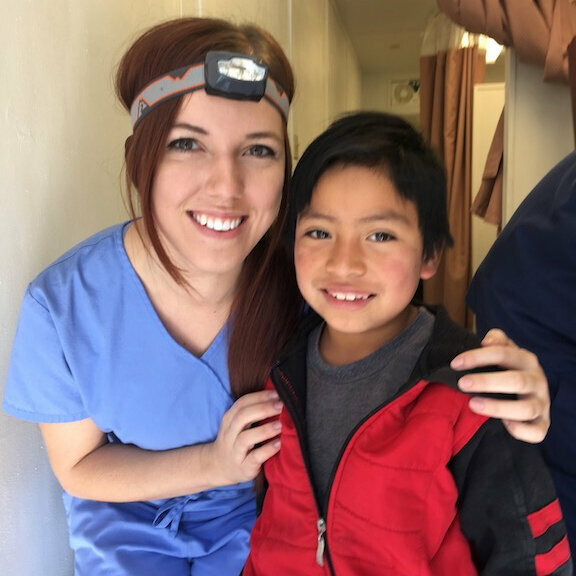 News Sun. 16. April 2017 USA
Interview: ‘This is about humanity and our role as health care providers’

Dr. Anne Koch, who is presenting two lectures at AAE17, received her DMD and Certificate in Endodontics from the University of Pennsylvania. She is founder ...

News Thu. 11. May 2017 USA
Meeting review: 2017 CDA Presents The Art and Science of Dentistry in Anaheim

ANAHEIM, Calif., USA: CDA Presents The Art and Science of Dentistry, held May 4 to 6 in Southern California, offered attendees plenty of opportunities. Two ...

The use of lasers to treat periodontal and peri-implant diseases: an overview of the mechanism, efficacy, and advantages of YSGG laser

The Gut Stops Here: Caring for Patients with Gastroparesis

Insights into the daily dental implantology world within ceramic implants