Home/Articles
News
Fred Weinstein, DMD, MRCD(C), FICD, FACD, who passed away Oct. 15, 2017, at the age of 78, is pictured in Anaheim, Calif., at the California Dental Association meeting, CDA Presents the Art and Science of Dentistry, in 2012. A retired endodontist from Vancouver, British Columbia, Weinstein often traveled to dental meetings to keep his knowledge of the specialty current and to visit with his many friends. (Photo: Fred Michmershuizen, DTA)

He’s being remembered as a friend, a teacher and a healer. Fred Weinstein, DMD, a retired endodontist from Vancouver, British Columbia, died Oct. 15, 2017, at the age of 78, after a brief illness. His fellow specialists expressed sadness at his passing and acknowledged how his passion for the profession rubbed off on them through many decades of friendship. Many are also remembering him for his ability to have fun — especially when it came time to promote an international endodontic conference hosted in his native country.

“Fred has been an inspiration for me for all these years, ever since we met over 30 years ago,” said Gerald N. Glickman, DDS, MS, professor and chair at Texas A&M College of Dentistry in Dallas, one of many endodontists who shared fond memories of Weinstein.

“What a remarkably kind and insightful individual he was — always inquiring about me and others and never letting on about himself,” Glickman remembered. “He brought a world of enthusiasm and knowledge to the global endodontic community. I will miss him dearly.”

“Fred was that special kind of person who would do anything he could to help out when needed. He cared for everyone and was a dear friend,” said John J Stropko, DDS, of Prescott, Ariz. “Fred was a teacher, always encouraging others to use the latest technology to deliver better treatment results for their patients. During the process, he went to great lengths to clearly communicate his beliefs in an easy-to-understand manner. Our specialty has lost one of its great members.”

In a print ad published in the August 2007 issue of Endo Tribune, Dr. Fred Weinstein dressed as a Royal Canadian ‘Mountie’ to promote the IFEA meeting, held that year in Vancouver, British Columbia.

“I knew Fred for more than 25 years, and I always found it entertaining to be in his company,” said Anne Lauren Koch, DMD. “We went to hockey games, basketball games and endodontic meetings together. Fred was a character, but in the best sense of the word. He was entertaining, charming and unpredictable. That was Fred. But to those of us who knew and loved him, he was much more than that. He was a loyal friend who made a maximum effort to understand each of us in a personal and supportive way. Really, at the end of the day, Fred was a mensch. He will be very much missed.”

Weinstein was born in 1939 in Winnipeg, Manitoba. He graduated from the University of Manitoba at the age of 22 with a degree in general dentistry, and then he went on to study endodontics at the University of Pennsylvania School of Dental Medicine in Philadelphia, under the tutelage of Dr. Louis Grossman, known as the “Father of Endodontics.” After receiving his Certificate in Endodontics from the University of Pennsylvania in 1969, he moved his family to Vancouver and established an office in the Fairmont Medical Building, where he would go on to practice for more than 40 years.

“He loved his patients, and he equally enjoyed teaching and lecturing throughout the world to advance the learning within dentistry,” his family wrote in an obituary published in the Vancouver Sun.

He served on advisory boards for several leading dental manufacturers, and he lectured extensively throughout the world. He also served as a volunteer endodontist at the 2010 Vancouver Winter Olympics, and performed root canal treatment on world boxing champion Sugar Ray Leonard in the 1980s. Weinstein was especially proud to have served as the general chairman for the 2007 IFEA World Congress in Vancouver. To drum up excitement for that meeting, he dressed as a Royal Canadian “Mountie” at several events leading up to it — something that friends and colleagues remembered for years. (The photo gallery, directly below, includes an advertisement featuring Weinstein for the IFEA meeting.)

“Fred always had a smile and was known as ‘the Canadian Mountie’ for his outfit that he wore at every dental meeting to promote the IFEA meeting in Vancouver in 2007,” remembered Samuel O. Dorn, DDS. “He was truly dedicated to the Canadian Academy of Endodontics and its place in global endodontics. His passion for endodontics and his friendship will never be forgotten.”

“I cherish my photo of us with him dressed as a Mountie when he was president of IFEA,” said Dr. William Ben Johnson. “Fred and I started out as endodontic colleagues, then became friends. So much so he would go snow skiing with me even when he didn’t care for skiing, and I would drink wine with him when I preferred scotch. I’ve lost a friend.”

After his retirement from practice, Weinstein continued to travel to dental meetings to keep his knowledge of the specialty current and to visit with his many friends. He is pictured at the top of this article in Anaheim, Calif., at the California Dental Association meeting, CDA Presents the Art and Science of Dentistry, in 2012.

For many years, Weinstein was editor in chief of roots magazine, the international C.E. magazine of endodontics, published by Dental Tribune.

“Above all of Fred’s accomplishments and titles, his family remained his number one priority in his life, always,” his family wrote in the Sun. “He had a gentle heart of gold, compassion and sincerity and a smile that would illuminate a room.” 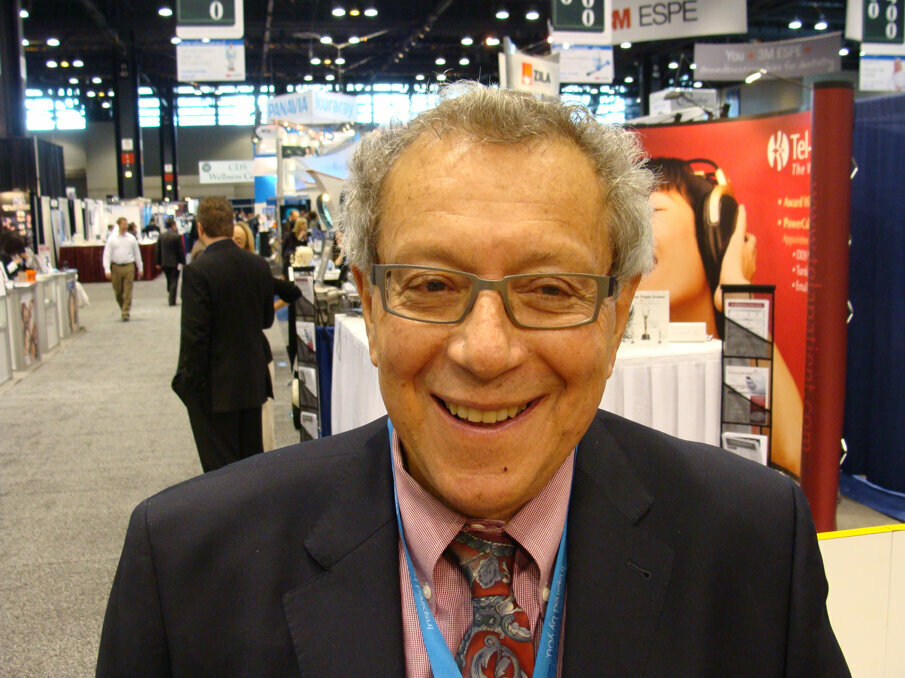 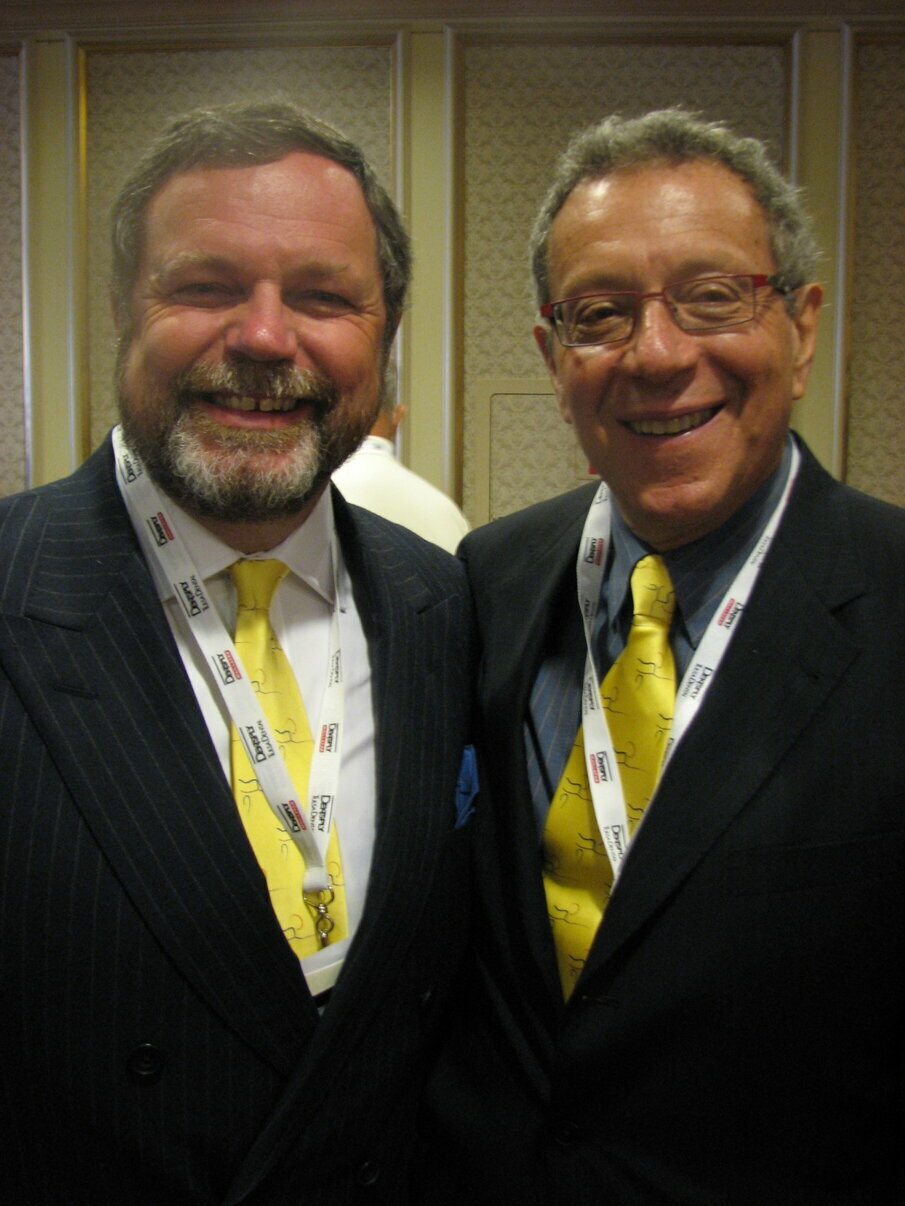 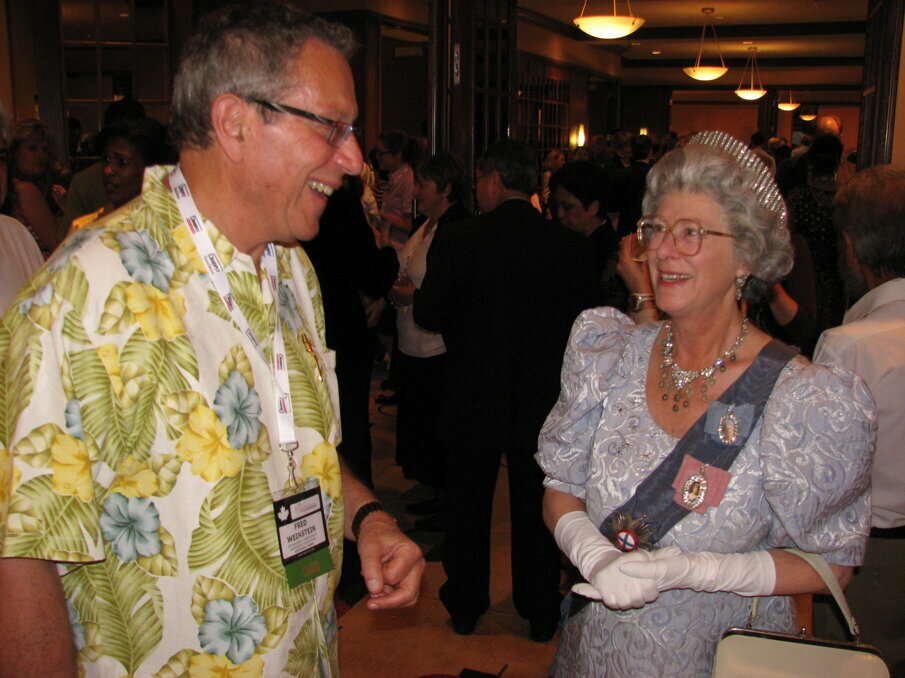 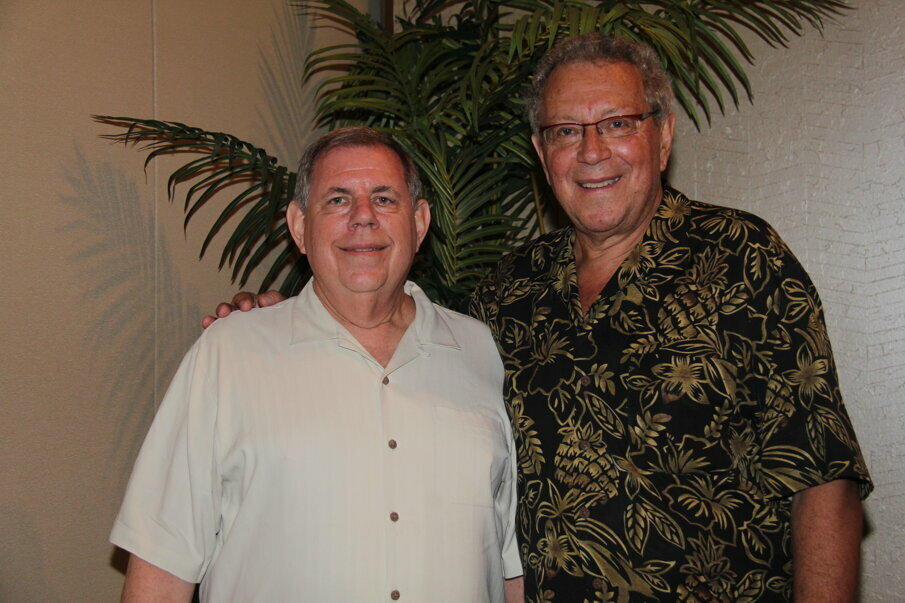 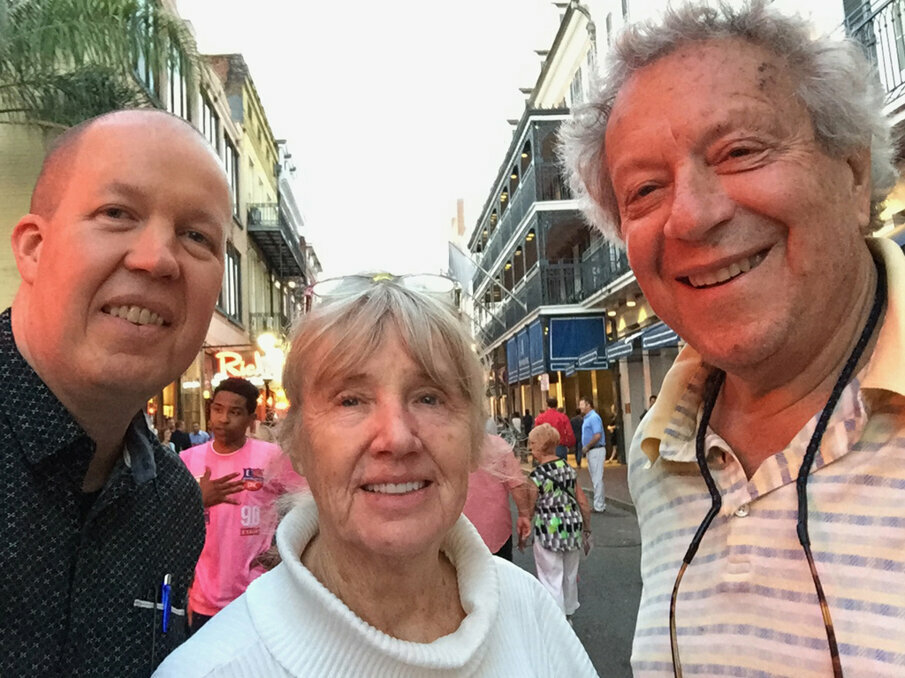 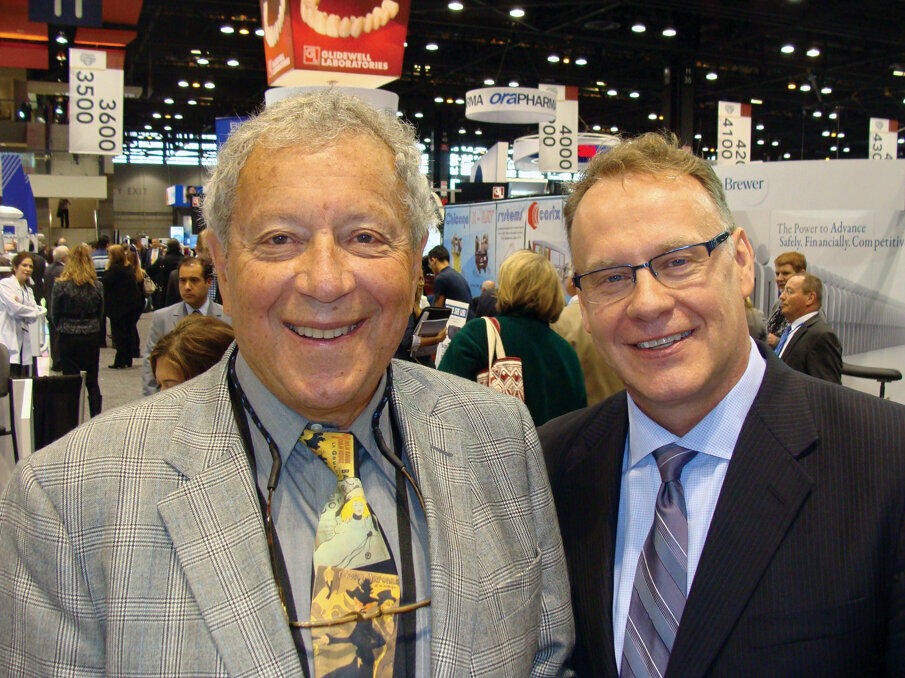 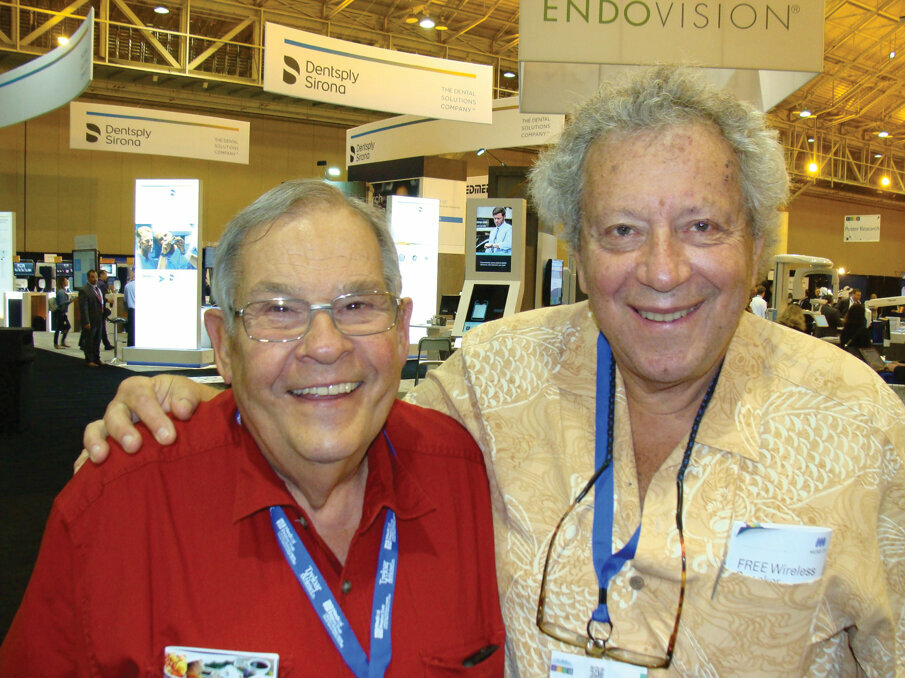 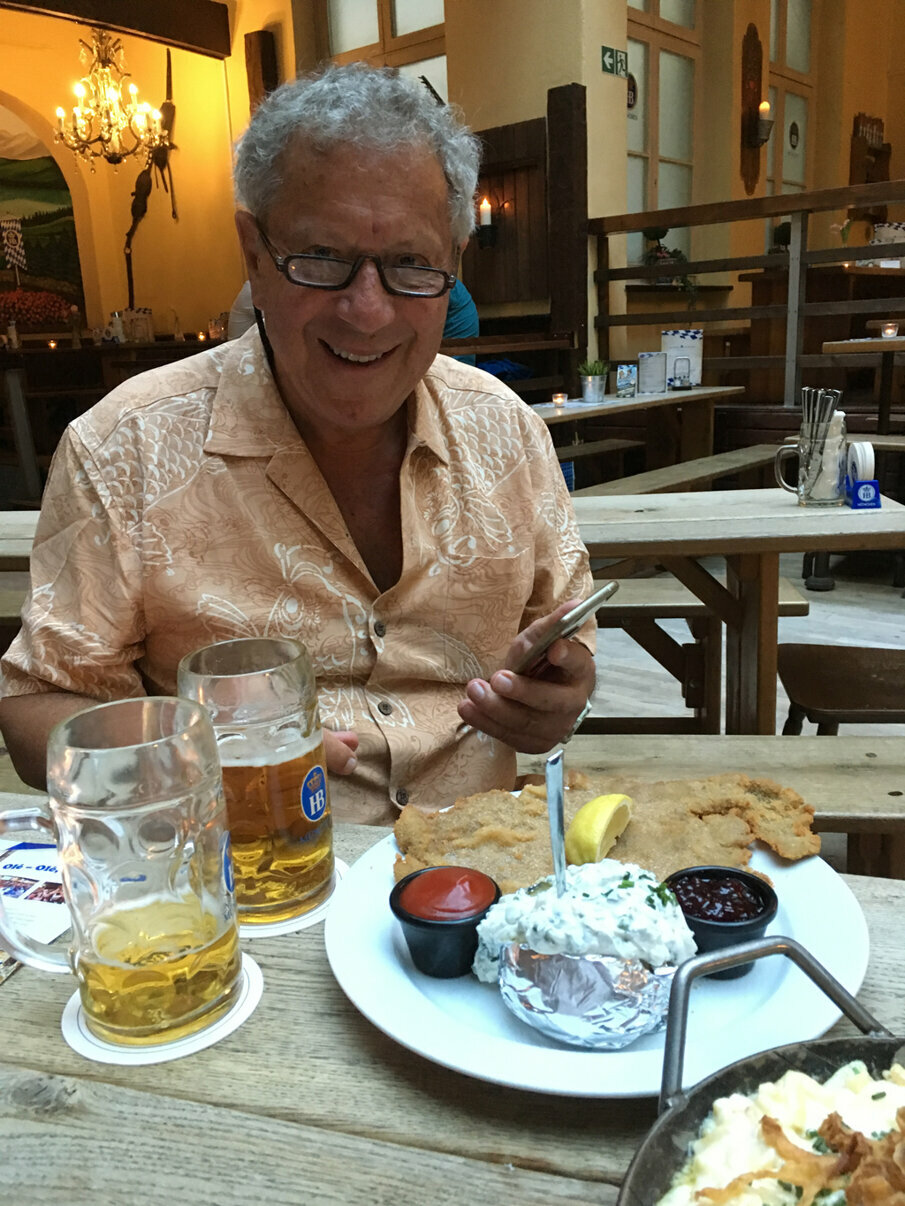 Not only does FDC continue to offer 30-plus hands-on courses for dental professional to sharpen their skills and learn new techniques, but it also offers...

share
save
advertisement
News Fri. 24 June 2022
Stress tip of the day: Get the full ‘Mouth, Mind and Body Connection’ at the 2022 Florida Dental Convention

More than 7,000 attendees are not only learning about new products from 300-plus leading dental vendors and receiving educational takeaways from 130-plus...

Get ready for three-plus days of celebrating excellence with industry-leading keynotes and speakers, educational sessions, product experiences and ...

The 96th Annual American Dental Hygienists’ Association Conference is being held from June 21 to 23 in Louisville, Ky. According to meeting organizers: ...

News Wed. 9 August 2017
A hygienist’s observations from the ADHA meeting in the ‘City of Bridges’

JACKSONVILLE, Fla., USA: Once upon a time, in the land of bridges and crowns, a purple-cloaked prophy queen reigned over her happy subjects. So beloved was ...

GBT and new concepts in cariology

An update on irrigation in Endodontics

Management of the Odontogenic Infection for the General Dentist