Home / Marketplace / ACTEON/ News
www.acteongroup.com
info@acteongroup.com
share
save
Business
ACTEON specialises in dental and medical devices and its team of 820 employees is now under the leadership of Michael Rynerson. (Image: jakkapan/Shutterstock)

BORDEAUX, France: Michael Rynerson is the new CEO of the dental and medical technology and device manufacturer ACTEON, which is headquartered in France. The supervisory board of Finapolline, the holding company of ACTEON, appointed him to the position effective on 1 June. The chairman of the supervisory board commented that Rynerson has over 25 years of experience, most notably in the dental industry, and possesses the skills to lead the company out of the current health and economic crisis and through its next phase of development.

In a public statement, Vincent Ménez, chairman of the supervisory board, commented that the board was confident in Rynerson’s ability “to lead the new phase of development of ACTEON, with the ambition to strengthen its global leadership in the fields of dental equipment, consumables and imaging. Michael will ensure that the company emerges stronger from the current health and economic crisis and is best positioned to accompany the future evolutions of the dental industry”. 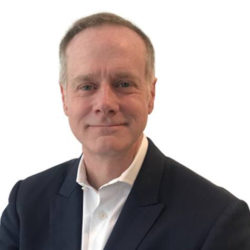 ACTEON’s new CEO, Michael Rynerson, has over 25 years of experience in senior positions at medical and technology companies. (Image: ACTEON)

He added that Rynerson’s “extensive expertise in developing, manufacturing and distributing innovative technologies at a global scale will also be a valuable asset to accelerate ACTEON’s development in the context of the digitalisation of the dental industry”.

Ménez thanked Yann Gallard, managing director and chief technical officer, and the management team at ACTEON for their commitment, which he said had allowed the company to run effectively during the transition period.

Rynerson has held a number of senior executive positions at global technology manufacturers. He was previously CEO of the US-based company Xcentric Mold and Engineering, and from 2017 to 2018, he served as a member of the executive board, executive vice president and interim CEO of ClearCorrect at the Switzerland-based Straumann Group. From 2014 to 2018, Rynerson was CEO of Dental Wings, based in Canada.

ACTEON specialises in dental and medical devices. The company is headquartered in Mérignac in the city of Bordeaux and employs 820 people. Half of its workforce is based outside of France, at its international manufacturing plants—of which it has six—branches and representative offices.

Seeing is Believing: Achieving The perfect Impression and Scan Every Time

Endodontic microsurgery with ultrasonics: steps to a good prognosis

Know your Flow: Technology and Techniques for Prophylaxis Success