Sterile and yet dirty?
Quality deficiencies of sterile-packaged ceramic and titanium implants

In 2019, the U.S. Food and Drug Administration (FDA) released two decades of previously unpublished data, including 2.1 million reports of failed dental implants, more than 100,000 of which referred to 2018 alone. Most of these failures related to a lack of osseointegration, raising major concerns among dentists in the U.S. and abroad, as the number of additional unreported losses is likely to be much higher. Comments made by manufacturers regarding these figures focus on patients with unfavorable clinical preconditions and even blame dentists for their lack of experience and training. Is this the whole truth?

In a recent study, conducted by the nonprofit CleanImplant Foundation in collaboration with Charité—Universitätsmedizin Berlin, Germany, more than 100 different sterile-packaged implants, including ceramic and titanium implants, from 80 implant brands were analyzed. Scanning electron microscope (SEM) imaging and elemental analysis (energy-dispersive X-ray spectroscopy) were performed in an officially accredited testing laboratory, according to DIN EN ISO/IEC 17025. Almost every second implant sample, which was unpacked under clean room conditions and analyzed under the SEM, showed considerable contamination, that is, unwanted particles originating from the manufacturing, handling or packaging of the implant. These contaminants on sterile-packaged implants, especially organic particles from the manufacturing or packaging process, can cause an uncontrolled foreign-body reaction, resulting in osteoclastogenesis and thus leaving rough areas of the implant surface exposed to bacterial colonization.1, 2 Significant amounts of foreign particles were detected on the sterile implant surfaces, not only iron, chromium, molybdenum, copper, tin, tungsten and nickel but also major organic contamination.

Additional analysis of these organic contaminants, using time-of-flight secondary ion mass spectrometry, revealed thermoplastic materials, synthetic polymers, polysiloxanes and even dodecylbenzene sulfonic acid (DBSA). DBSA is found in washing detergents and is a hazardous surfactant, according to the U.S. Environmental Protection Agency. It is noteworthy that all implants analyzed carried the FDA label or CE marking. The results showed that neither the national label for market approval nor the size or name of a manufacturer could guarantee that implant surfaces were free of significant impurities. Clinicians should think twice before considering adding zirconia implants to their portfolio just because they are white and promise to be biologically beneficial. Organic particles of 1–100 µm in diameter were also found on ceramic implant samples.

Instead of only blaming inexperienced clinicians or patients with unfavorable preconditions for the high number of FDA-documented implant losses, it should be considered that contaminants on sterile-packaged implants—in other words a lack of quality and “sterile dirt” that is technically avoidable—may also play a significant role in the incomplete osseointegration of dental implants, bone loss in the early healing phase and even the failure of implants.

As a consequence of the obvious lack of quality control in implant manufacturing, the CleanImplant Foundation introduced a globally recognized test procedure in 2017. The independent organization published a consensus-based guideline with thresholds leading to the award of the Trusted Quality Mark.3 This test procedure and analytical process always require the testing of five implant samples of the same type. At least two of these implants are obtained directly from dental practices on a random basis so that factory manipulation or the dispatch of particularly clean test samples can be ruled out.

Before the seal of approval can be awarded, two members of CleanImplant’s scientific advisory board independently review the results of the technical analysis as well as the clinical documentation of the implant system. The results have to meet the current criteria and the documentation has to give proof of a survival rate of at least 95% over more than two years.3, 4 Prof. Emeritus Tomas Albrektsson, Prof. Ann Wennerberg, Prof. Florian Beuer, Dr. Jaafar Mouhyi, Prof. Hugo de Bruyn, Dr. Luigi Canullo and Dr. Michael Norton form the scientific advisory board that is responsible for the peer review process. Their signatures on the final CleanImplant Trusted Quality Mark guarantee an unbiased quality assessment.

In these extraordinary times when patients may avoid medical treatments owing to possible infection and many dentists even fear for their financial existence, it is more important than ever for practitioners to give their patients the confidence that only safe and high-quality medical products are used. Within a few months, more than 80,000 dentists have joined the CleanImplant Foundation’s quality initiative on Facebook alone. Every month, well over 1,000 users search for reliable information on clean implant systems on the project’s website. General dentists and implantologists who want to build trust and inform their patients about the cleanliness of implants in use in their clinics can join the project and request a personalized certificate—a convincing sign that conveys confidence in the waiting room or even on the clinic’s website.

The current alarming situation of contaminated factory-made dental implants presents two different risks. For the patient, contaminants can induce an uncontrolled foreign-body reaction, resulting in periimplantitis, bone loss or even the failure of an implant and thus compromising the clinical outcome and the patient’s expectation. Practitioners unknowingly using dirty implants have to deal with the risk of patient lawsuits for dental malpractice. Both risks are avoidable. 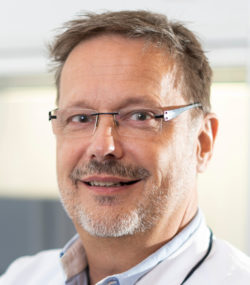 Dr Dirk U. Duddeck studied biology and dentistry and specialized in implantology. He is a guest researcher at Charité—Universitätsmedizin Berlin, and founder and managing director of the CleanImplant Foundation.

Editorial note: A list of references is available from the publisher.

SACRAMENTO, Calif., USA: Referring to the latest public health guidance designed to curtail the spread of COVID-19, the California Dental Association has cancelled CDA Presents The Art and Science of Dentistry. The annual meeting had been scheduled for May 14–16 in Anaheim, Calif.

Mobile clinic provides $300,000 in care during a cross-country tour

IRVINE, Calif., USA: A Mobile Dental Clinic operated by the Pacific Dental Services (PDS) Foundation provided $342,234 in donated dentistry to 502 patients in need during its 2019 tour across the country.

The Mohegan Sun Casino and Resort in Uncasville, Conn., was the host site of the Academy of General Dentistry’s 2019 Scientific Session, held July 18-20. The Mohegan Sun has nightclubs, spas, 50 bars and restaurants, 40 shops and a golf club. Nearby are Ocean Beach Park, the U.S. Naval Submarine Base, Mystic Museum of Art, Mystic Seaport, Mystic Aquarium and other attractions.

Henry Schein Inc. hosted more than 200 dental service organizations (DSOs) at the third annual DSO Education Forum, which took place recently in Las Vegas. The two-day event, held at The Aria Resort & Casino, brought together more than 700 attendees from the U.S., Canada and Europe, a tenfold increase since the forum’s inaugural year in 2017.