Why digitalisation in dentistry is now even more important than everUK dentists need peace of mind on PPE and COVID-19 complaintsJump in prescriptions by dentists during lockdown stokes fear of antibiotic resistanceInterview: Effects of COVID-19 on dentistry in Asia Pacific, Part 1Dental education and COVID-19: Study identifies challenges and opportunitiesHow to protect patients and personnel from COVID-19Mitigation methods currently in place are effective, study showsDental sales return, with caveatNew survey highlights dentists’ pessimism about the futureADA supports point-of-care COVID-19 testing by dentists
Visit microsite

The transfer of leadership comes during a period when health care providers here and abroad are facing unprecedented times. Endodontists who save teeth by way of root canal treatment are also highly sought after in times of dental emergencies.

“Since its formation, the AAE has been fortunate to have been led by so many incredible leaders in endodontics and dentistry year after year,” said AAE Executive Director Ken Widelka, CAE, FACHE, CPA. “Dr. Gluskin has served the association in many capacities, and I look forward to our continued work to strengthen the AAE, its membership, the endodontic specialty and patient wellness.” 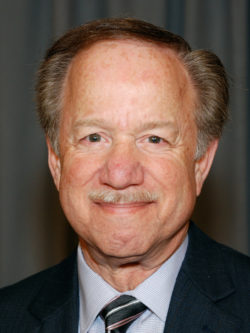 “I am honored to continue serving the AAE in my new role as its president,” says AAE President Dr. Alan H. Gluskin.

“I am honored to continue serving the AAE in my new role as its president,” Gluskin said. “The AAE is a superb organization of endodontists, their practice staff throughout the world and our own association staff based in Chicago — all working to better the specialty and patient health. I am grateful to immediate past president Dr. Keith V. Krell for his contributions to the AAE, and I look forward to leading the association.”

Gluskin graduated from the University of the Pacific School of Dentistry, San Francisco, in 1972. Before receiving his Endodontic Certification from Temple University in Philadelphia in 1976, he spent two years as a general dentist. He has served the endodontic specialty in a variety of roles. He became president of the AAE during the COVID-19 pandemic and vows to continue prioritizing support for endodontists and their patients.

“The AAE is committed to continuing to create and curate helpful resources from a variety of trusted sources to help practitioners make decisions quickly and communicate with patients effectively,” Gluskin continued. “As I serve in my new role, I want to remind our members and their patients that the AAE is here for them — by promoting endodontics and health care as mutually important.”

Gluskin served as one of the organizing authors on the AAE’s Endodontic Competency and Treatment Standards white papers. He promises to spend his presidential year promoting endodontics and advocating for endodontists. Gluskin is professor and vice-chair, Department of Endodontics, at the Arthur A. Dugoni School of Dentistry, University of the Pacific, in San Francisco. He is at present a fellow of the International College of Dentists and the American College of Dentists.

He is also a member of numerous societies, including the American Dental Association and the San Francisco Dental Society. He has served on the Educational Affairs Committee and the Research and Scientific Affairs Committee of the AAE, as well as the editorial board of the Journal of Endodontics and as general chair for both AAE10 and AAE18. Additionally, he is the 2017 recipient of the University of the Pacific’s Eberhardt Teacher-Scholar Award and co-editor of the textbooks, Decision Making in Dental Treatment Planning and Practical Lessons in Endodontic Treatment.

CHICAGO, Ill., USA: The American Association of Endodontists (AAE) announced several recommended considerations to its 8,000-plus endodontist and dentist members amid the COVID-19 outbreak. The announcement came at a time …

Montreal, Quebec, CANADA: Endodontic specialists from all over the world gathered at Palais des Congrès in Montreal April 10 to 13 for AAE19, annual meeting of the American Association of …

Interview: ‘This is about humanity and our role as health care providers’

Dr. Anne Koch, who is presenting two lectures at AAE17, received her DMD and Certificate in Endodontics from the University of Pennsylvania. She is founder and past director of the …

AAOMS is waiting for you

The 2020 Virtual AAOMS Annual Meeting, running from now through Oct. 10, is taking place online this year because of the COVID-19 pandemic. The meeting combines the educational content of the association’s 102nd Annual Meeting, Scientific Sessions and Exhibition, originally scheduled for this month, and annual Dental Implant Conference, originally scheduled for December, into one.

At the first all-virtual CDA Presents The Art and Science of Dentistry, happening Sept. 10-12, dentists and their teams will be able to engage not only with presenters of some of the 40-plus continuing education courses but also with exhibitors in the convention’s first-ever interactive exhibit hall.

DENVER, Colo., USA: Attendees were able to earn up to 18 hours of C.E. credit at the 112th annual Rocky Mountain Dental Convention, held from Jan. 23–25 at the Colorado Convention Center in Denver. The largest continuing education event for dental professionals in the region, the gathering attracts attendees from throughout Colorado and neighboring states.

Benco Dental honored as one of Pennsylvania’s Best Workplaces

PITTSTON, Pa., USA: For the third consecutive year, Benco Dental has received recognition as one of the Best Places to Work in Northeast Pennsylvania by Times Leader Media Group, a collection of print and digital products that provide coverage of the Scranton/Wilkes-Barre metropolitan area.